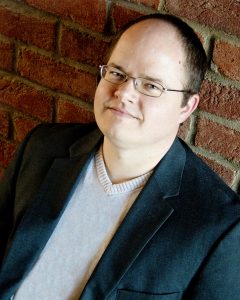 Robert H. Allen is a composer, orchestrator, and arranger from Clinton, Mississippi where, for the past 20 years, he has been the Instrumental Director for the award-winning Attaché Show Choir. In addition to show choir, he has also taught courses in music theory, music production, general music, jazz, and instrumental performance. Prior to Clinton, Mr. Allen was the Associate Director of Bands at Fairhope High School in Fairhope, AL where he directed the marching, concert, and jazz bands. Mr. Allen is a graduate of Mississippi College (B.M.Ed, Ed.S.) and Auburn University (M.M.Ed).

During high school and college he performed with the DCI World Finalist Bluecoats and Glassmen Drum and Bugle Corps. In addition to performing as a freelance trumpet player, he is currently in demand as an arranger/composer for many professional and educational ensembles across the country. His arrangements have been performed by choirs, bands, and orchestras from Mississippi, Alabama, Virginia, Illinois, Indiana, Nebraska, Missouri, North Carolina, Ohio and Wisconsin, winning numerous awards for musical performance and show design.

Robert has composed/orchestrated original music for documentary (Attaché directed by Melissa Overholt), musical comedy (The Loving Game, by T.J. Edwards) and short films (The Haunted Mirror and The Doll, directed by David Heavener). His feature film credits include Demimonde and Whispers on a Road, directed by Dorian Louis and Beast of Calvary Creek, directed by Tim Becker.